Capital Investments in the Capital of Germany

The demand is great, the supply is scarce. That's right. But who works in Berlin with real estate, must have more on the radar: catch-up effects, inflows, hip-factor, universities and science, interest rates, regulation and much more.

We have the current rent cover Berlin table.

What do you as a landlord have to do now? 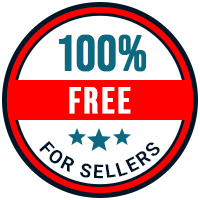 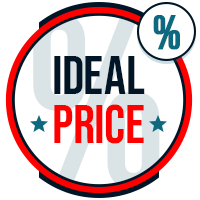 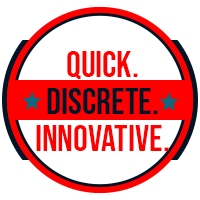 We mediate and market residential and commercial properties to local or international Networks of private and institutional customers without using the classic sale channels.

With our strategy we are fast, discreet and above all innovative.

The German capital Berlin is one of the most dynamic cities in Europe with an expanding cultural diversity. About 195 nationalities are present. Besides developing into a first-rate international location for science and professional and technical services, Berlin is also a frequent choice for start-ups ahead of other western European cities. Wages are growing and employment rates are lower than in previous years. Economic output has risen constantly over the last decade and from 2011 to 2017, the population of Berlin has increased by nearly 290.000 people. At the end of 2017, over 3.7 million people were living in the German capital. With that permanent influx of new people, the demand for residential real estate remains high.

Housing prices in Berlin are still lower than in the western German metropolitan areas. A single-family home, for example, costs 50% less compared to other western German cities. Looking at apartment prices, Berlin is in eleventh place of the most expensive cities in Germany. Compared to European standards, the capital ranks twentieth in terms of housing prices.

But with the growing population, the high demand for housing, and the shortage of supply, the rents and purchase prices increase. For the ninth year now, the prices per square meter in the capital continue to grow. Currently, the annual rent increase is 2.5%, according to the 2019 rent index. A decline in new construction projects over the past years because of higher construction costs and the lack of qualified labor led to mounting price levels. Although the prices grow more slowly because of new regulations in the districts, the upward trend is not expected to cease in the next two to three years.

Free valuation of your property, procurement of all property documents,

Creation of a professional and exclusive synopsis and much more.

Friedrichhain-Kreuzberg, Berlin-Mitte and Charlottenburg-Wilmersdorf, the three inner districts of Berlin, are the most rent influencing districts as they supply the largest offer. While Friedrichhain-Kreuzberg and Berlin-Mitte are at the high-end range of prices for rents, Pankow and Charlottenburg-Wilmersdorf provide medium rents of about 10-11 Euros per square meter.

One district outside the main city with actual falling rents is Lichtenberg. Rents here are slightly lower. They fell about 0.8% to a medium of 6.20 euros per square meter compared to the previous year. Lichtenberg, Spandau, and Marzahn-Hellersdorf are the districts with the lowest rents, with an approximate average of 6.50 euros per square meter.

Regulatory market interventions dampen rents and purchase prices in the inner city of Berlin. Also, the rent brake that was introduced in 2015 and executed in 2019, tried to freeze rents for the next five years. Although the rents still increase with a medium annual growth rate of 2.5%, a slower rise is expected for the new calculations.

The number of offers for apartment buildings declined. Demand exceeds supply. Owners tend to keep their property and are less prone to sell because of the lack of alternatives for investments. Also, many housing companies increase their portfolios of buildings. In the last twelve months, fewer than 800 offers for apartment buildings could be found on the market. The medium purchase price for such buildings this year was 4,600 euros per square meter. This is a 50% growth compared to five years earlier. In the last year, circa 34,000 apartments have been offered in existing buildings. In the new building sector, only 6,000 advertisements could be registered.

Purchase prices for condominiums have risen by 12% compared to the previous year. Since 2015, a growth rate of 38% has been calculated. The city centers provide the largest offer of condominiums with the highest prices of about 9,000 euros per square meter in Berlin-Mitte.

Future trends for the real estate market in Berlin

Construction projects have expanded. The projects are no longer concentrated only in the central districts of Berlin. Also, in the outer parts of the city, growth in construction work is noted. But still, 22% of the new housing is built in Berlin-Mitte. These projects focus on new buildings with rental units and in the more attractive locations of Berlin purchase prices in the five-digit range per square meter are expected. Since 2008, construction costs have increased by 37%.

But as long as the supply cannot compete with the demand, the annual increase in rent prices will continue.

The real estate market in Berlin still provides excellent conditions for investments. But potential buyers do not make their decisions as fast as they used to a year ago. They assess offers more critically and sellers have to undergo a reality check. Because of such regulations as pre-purchase practice or the rent brake, prices are rising more slowly. Population growth is the driving force on the real estate market. There is an estimated shortage of about 200,000 units.

High-interest rates, huge deposits, and a trend to single-person households prevent people from buying housing. Now interest rates have dropped to 1.6 from 4.3% on average, which could be a stimulus for the investment in a property.

Our expert tips with everything you need to know for buying Real Estate in Berlin. Just fill in the form below and obtain our 360° service for foreign buyers.

Purchase price commission incl. VAT. At Bergen Real Estate, buyer and seller usually pay only 1.9% commission (incl. VAT) of the purchase price. Broker commissions are freely negotiable and may differ in individual cases. "100% recommendation" is the result of our customer survey via ProvenExpert, "Expert Systems AG, as of April 2021. The "average marketing time of 41 days" is calculated from the start of the marketing of a property to the termination of this by reservation, rental or other termination reasons using the example of condominiums and single-family homes, as of January 2022.